Don't Marry for the Money 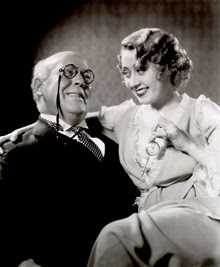 The recent Census report on household structures in Ireland points to a sharp rise in the numbers co-habiting either before marriage or instead of marriage. Does economics help explain any of these trends? Of course, you should realise that economists can be unsentimental when it comes to matters of the heart. For example, it was reported recently that:

"Researchers from Aberdeen, Bristol, Edinburgh and Glasgow universities discovered that high-IQ women saw marriage prospects fall dramatically, but men with high IQs had little trouble finding a mate. They found that for each 16-point rise in a woman’s IQ, her marriage prospects declined by 40%, but the man’s chances of marriage increased by 35% with each rise." Sunday Times

So if you don't marry for brains, would Ireland's singletons be better off marrying for looks and/or money? The infamous 'gold digger' comes to mind: usually an attractive young woman in pursuit of (or pursued by) an older, affluent man ('no fool like an old fool' and all that). But in these days of pre-nuptial agreements even that may no longer work. Economists and financial types are surely more immune to the calculated scheming of would-be spouses - aren't they? Though as this amusing exchange suggests, maybe marrying for love is a lot less complicated than any of the alternatives.