I was blind, but now I see 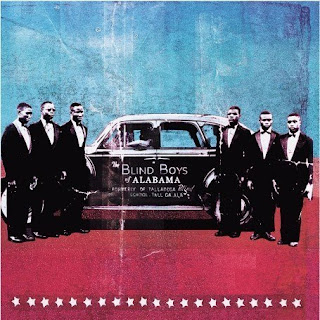 I went to see the Blind Boys of Alabama the other night in Vicar St. What an extraordinary performance.

Jimmy Carter - with the band since its foundation in 1939 - had the energy of someone a fifth his age, and a voice like gravel in a cement mixer.

Receiving their fourth Grammy, Carter once said that:

"We've been together for six decades but we're still going strong. We're going to continue until God says it's enough."

I sure hope the Good Lord gives them another decade or two before time's up. Hallelujah!

Email ThisBlogThis!Share to TwitterShare to FacebookShare to Pinterest
Labels: Blind Boys of Alabama