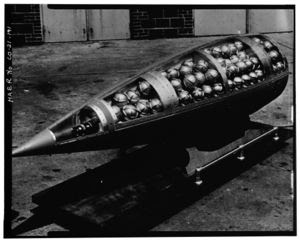 We hear a great deal these days about the 'pensions time bomb' - the idea that too few workers are putting aside too little (or no) savings towards the pensions they will need when they retire, with dire consequences for the next few generations entering old age.

But to my mind, a more appropriate analogy (or inappropriate, depending on taste) is that of the 'pensions cluster bomb'. I thought of this when I read a recent OECD working paper on the risks associated with the future of pensions provision.

The authors identify not one risk but six risks associated with the future of pensions provision, as follows:

Myopia risk: many individuals are short-sighted and so they consume too much when of working age and save too little for later, especially for retirement. This would lead to low pensions and costs for taxpayers and contributors if these retirees were entitled to old-age safety-net benefits. This is the classic 'time bomb' risk.

Life-expectancy risk: as life expectancy continues to grow in the future, there is a risk that the cost of this will be borne by individual retirees in the form of reduced benefits or later retirement.

Social and labour-market risks: life events such as persistent low earnings, long-term unemployment, caring for children or older relatives, divorce, widowhood mean that workers may build up little in the way of retirement income. Again, the risk could be borne by individual retirees, by governments or by the contributors to pension systems.

Purchasing-power risk: changes in costs and standards of living may not be adequately reflected in adjustments to pensions in payment, leaving older retirees particularly vulnerable. If pensions in payment fall under the poverty threshold, old-age safety nets would be activated.

Policy risk: the political process may result in unanticipated changes in pension entitlements before or during retirement, perhaps leaving individuals with little or no time to respond by changing their labour-market or savings behaviour.

Investment risk: pensions that are financed on a funded basis that is, where assets are accumulated to pay income during retirement involve risks related to the performance of the underlying investments.

The recent green paper on pensions published by the Department of Finance seems mainly pre-occupied with the first three risks, and somewhat less concerned with the latter three risks. It also skirts around a possible 'seventh risk' not foreseen by the OECD authors, namely:

Crowding out risk: whereby the cost to private sector taxpayers of funding the extraordinarily generous pensions of retired public sector workers will leave the same taxpayers with less money to fund their own pension.

This, of course, is one particularly explosive element of the pensions cluster bomb threat. Understandably, politicians will be wary indeed when trying to defuse that one. So perhaps the green paper is an example of the government following Sir Humphrey's timeless advice:

"It is axiomatic in government that hornets' nests should be left unstirred, cans of worms should remain unopened, and cats should be left firmly in bags and not set among the pigeons. Ministers should also leave boats unrocked, nettles ungrasped, refrain from taking bulls by the horns, and resolutely turn their backs to the music."