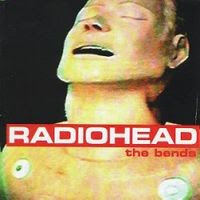 God bless free-market capitalism: now even the music is (legally) free - that's if you're a Radiohead fan that is.
The band are bringing out the first album since (the less than critically aclaimed) 'Hail to the Thief' in 2003 - and have decided to invite fans to 'pay what they think it's worth' when the new album goes on release on 10th October.
In an age of digital downloads (and often illegal ones at that) this is a brave decision by Radiohead. They are relying on the 'honour system' to determine what fans will pay - which can be zero to €9.99 if you opt for the regular iTunes price for an album.
If, like me, you would happily pay the full price for another 'The Bends' - and would rather keep my money than buy another 'Kid A' - then this is an interesting development. Of course, you won't know until you have bought the new album how close it is to either previous recording. Maybe I'll just buy it twice: first for next to nothing and then for the full rate if it really is that good. Scout's honour I will.
Still, this does create an interesting precedent - and it will be interesting to see what other 'honour system' type pricing offers will emerge in the next few years. Certainly anything that can be digitised (music, software, market research!) may well lend itself to this approach.
So I guess I'll be watching (and listening) to Radiohead's next move with more than just a fan's interest ...
Posted by Gerard O'Neill at Tuesday, October 02, 2007