The Dangers of 1,3,7-Trimethylxanthine 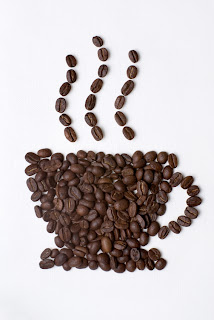 This week is Budget week. There has been the usual media speculation about what Minister Cowen might or might not do in the first Budget of the new government.

There seems to be a consensus, however, that he is going to raise duties and taxes on alcohol - using fiscal policy to deliver health policy in effect. This follows on from a report by the HSE on Alcohol Consumption in Ireland 1986-2006, and their call on the government to increase alcohol taxes by 10%.

But as I noted in a previous post on the abuse of alcohol statistics, there is little or no analysis of the actual causes of these declines in the HSE report. Other than an assumption that increases in excise duties (on spirits in particular) caused the decline charted in the report. The problem is, the decline in beer consumption (not affected by duty increases) accounts for 130% of the overall decline in alcohol consumption since 2001. But the HSE fails to explain the decline in beer sales.

Explaining trends in alcohol consumption is clearly about more than prices, taxes and their economic impact. Fashion, taste, marketing, demographics and innovation all have their part to play. So does the drinks industry itself. Indeed much of the decline in beer sales (and the poor performance of Irish pubs in general) can be attributed to greed, stupidity and short term thinking (by both the brewers and the publicans themselves). As witnessed spectacularly by the story of Stella Artois, or 'wife beater' as its owners would rather it wasn't known.

More worrying for me is the creeping air of 'nanny-state/it's for your own good' about so many of these public policy initiatives and recommendations. Alcohol is now being demonised the way cigarettes were in the past, with little acknowledgement that alcohol (unlike tobacco) can actually be good for you. Instead, we are all being punished for the temporary excesses of a declining population of young pub goers.
It does make me wonder where it will stop? How long before some government-funded research body starts to fret about our abuse of 1,3,7-Trimethylxanthine or caffeine as it is more commonly known (and loved)? After all, coffee has been linked to heart disease. Should the HSE promote a recommended daily coffee quota? And maybe require makers to print advice on coffee jars for pregnant women? It might seem ridiculous now, but consider that Imams and Popes in the past have tried to ban it, so maybe the Department of Health will succeed where other have failed?
But if that thought gets you down, then grab yourself a grande latte and indulge in this delightful essay on the joy and history of coffee. While it's still legal.
Posted by Gerard O'Neill at Monday, December 03, 2007