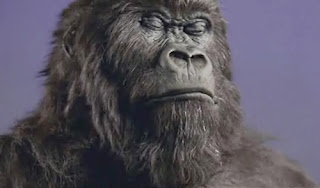 Yesterday's bullish trading update from Cadbury Schweppes plc is testimony to the power of viral marketing. Or in Cadbury Dairy Milk's case, the power of 'gorilla marketing'.

The advertisement for Dairy Milk, featuring a gorilla playing drums to the air of a Phil Collins song, has been viewed 10 million times on YouTube. No surprise then that it has just been voted No. 1 in the Top 20 most popular television commercials for 2007 (you can see the ad along with the other 19 favourites at the link).

The Financial Times foresees syngergies between 'viral marketing' and traditional marketing as the shape of things to come for older brands needing to connect with a younger audience. Here in Ireland, viral marketing will be driven by the continued growth in home broadband access (about a third of all households already according to the CSO, and likely to reach over half of all households by 2010 in my view).

Nor is it just the brands that benefit: Phil Collin's 'In the Air Tonight', first released in 1981, shot to no. 9 in the UK download chart on the strength of the exposure. That's what I call synergy.
Posted by Gerard O'Neill at Wednesday, December 12, 2007