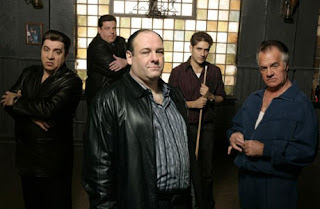 The recent fuss over pay rises for the Taoiseach and other public officials left me wondering: 'what did you expect'? You ask one group of public sector officials to adjudicate on pay rises for another group and - shock, horror - they award massive pay increases to their esteemed colleagues. Surely it would have been more newsworthy if they hadn't awarded them huge pay increases - if only because it would have been right up there with flying pigs and other low frequency events.

In truth, I expect the public sector to look out for themselves - who else will? And isn't that why politicians want to be in power: to shape things they way they want them, not just for the electorate but for themselves as well? I am inclined to set the bar very low for our elected representatives, that way I am never disappointed. Russ Roberts has a nice analysis of the conflicts of interest facing politicians in democracies, and why it's usually the voters' interests that lose out from the conflict:

Pigs don't fly. Politicians, being mere mortals like the rest of us, respond to incentives. They're a mixture of selfless and selfish and when the incentives push them to do the wrong thing, albeit the self-interested one, why should we ever be surprised? Why should be fooled by their professions of principle, their claims of devotion to the public interest?

We call politicians our representatives and they often claim to be fighting for us. But when we think about it, we understand that our interests are diverse and that no politician can really fight for all of us. Inevitably, our interests and desires clash and politicians are forced to choose between the general interest and the special interest. Which wins?

This was brought home to me over the weekend reading the Dún Laoighaire Express, a free newspaper distributed to households in the Dún Laoighaire Rathdown County Council area. In it I learned that the Council is proposing axing domestic bin collections because 15,000 out of 66,000 local households have had the temerity to switch to cheaper, better private collection services. The Council has 44 refuse collectors now threatened with redundancy due to the inconsiderate behaviour of local citizens. But fear not, it seems efforts are already underway to ensure that the refuse collectors are 'redeployed within other councils services', the report assures us.

Nevertheless, both council officials and, more depressingly, local councillors are outraged at the defections of local households to private collectors. As I've written before, local councils act like they have a divine right to a monopoly on money-making services such as refuse collection. And like Tony Soprano et al, they lash out at those threatening their comfortable position (okay, admittedly without the violence and concrete anklets).

Irish politicians are not unique in this regard of course. This is from the New York Times, dated 13th December 1907 - that's right, 100 years ago:

Far-reaching effects of the great snowstorm of January, 1905, were uncovered last night by the City Civil Service Commission. The phenomenon discovered was that 1,100 street laborers still are employed by the city for the removal of that remarkable snowfall. Notwithstanding the scientific interest developed, the commission unanimously decided that from reasons of economy, a new rule be enacting limiting to five days the period for which emergency street cleaning laborers may be employed in Chicago.

Though I don't expect Dún Laoghaire's refuse collectors to be 'redeployed' as snow removers, nothing would surprise me. What would surprise me - really and truly - would be if a single, local politician in any of the Dublin county councils actually had the guts to welcome the success of private refuse collectors, and to congratulate them on providing a better, cheaper service than that previously provided by monopolist local authorities. Pigs really would fly.
Posted by Gerard O'Neill at Sunday, December 16, 2007