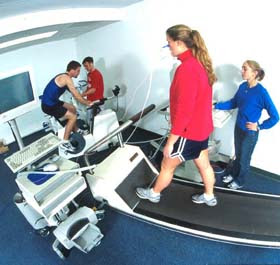 Sometimes it's the answers people don't give to surveys that are as interesting as those they do give.

Take the latest Eurobarometer report on 'Scientific Research in the Media'. Not a subject to get the pulse racing, and plainly it didn't in the case of the unfortunate 1,000 Irish people grilled by the European Commission's survey unit.

Asked if they were 'Very Interested, Fairly Interested, Not Very Interested or Not At All Interested in Scientific Research', the Irish respondents made it pretty clear that the issue was up there with watching paint dry in their list of favourite pastimes.

Indeed, despite our frequent cultural protestations that we are really Southern Europeans at heart (somehow accidently removed from more appropriate Mediterranean climes), when it comes to science we are distinctly Eastern European in outlook.

Take the finding from the survey that only 41% of Irish people are 'Very or Fairly Interested in Scientific Research' (compared with an EU27 average of 57%). This is the lowest level of interest of any of the EU15 countries, and we are only 'surpassed' by Poland, Lithuania, Slovakia, Czech Republic, Romania and Bulgaria who have even lower levels of interest.

Is there any redemption in the survey findings? Fortunately yes. When asked 'In which of the following news related issues are you most interested in…?', the proportion in Ireland choosing 'Sport' is the highest of all EU27 countries at 54% (compared with an EU27 average of 40%). So there's a clue for any educators and broadcasters fretting about the low level of interest in scientific research in Ireland. Just major on the 'science of sport' and you'll have their undivided attention.
Posted by Gerard O'Neill at Thursday, December 06, 2007