Are You Ready to Play? 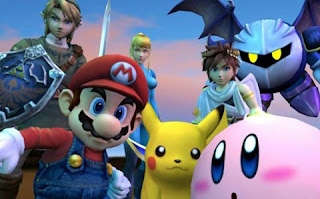 It's definitely a sign of old age when you come across an increasingly popular phenomenon and you 'just don't get it'. And so, sadly, I have to admit that that's exactly how I feel about the subject of gaming. I know it's big - and I know it's going to get much, much bigger - but alas it will do so without any help from me.

There's a really interesting discussion on gaming (and reactions like mine) over at EconTalk, easily the best economics podcast on the web. It features Edward Castronova, of Indiana University and author of Exodus to the Virtual World, talking about his thesis that a growing number of people around the world will be spending more and more time playing multiplayer games in virtual reality both as a form of escape and as a search for meaning.

Some of what Castronova has to say may be familiar - such as the extraordinary growth of Second Life and the numbers playing World of Warcraft. But a few things surprised me - I didn't know, for example, that the modal gamer demographic in the USA is 30-55 women!

Where will it all end? My money is on a future not unlike that portrayed in a delightful novel by Vernor Vinge called Rainbows End. Ultimately there won't be a virtual versus a real world - rather we will 'wear' our computers and communications devices with the virtual world 'overlaid' on the real world. You'll have to read the book to have any idea about what I am (or rather, Vinge is) going on about.

And what about the business of games and gaming? A recent report by Accenture - G3: Games, Gaming & Gambling - approaches the gaming phenomenon from both an economic and a business perspective, helpful for those of us who wouldn't know one end of a Nintendo Wii from another:

Today, games, gaming and gambling – for which we have coined the term G3 – represent a $345bn global business, eclipsing both the movie and music industries. As the planet’s premier entertainment choice, G3 is not only growing but changing – rapidly evolving to the imperative of a wired world and shifting consumer tastes. Ready or not, players in the sector should not underestimate G3’s power over their businesses or the enormous opportunities it represents.

If, like me, you're more than a little surprised to learn that gaming is already a bigger industry than movies or music then all I can say is 'welcome to my world' ...
Posted by Gerard O'Neill at Friday, January 25, 2008