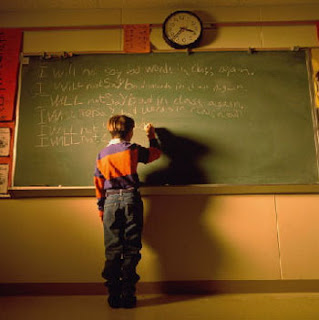 This week Ireland was given 1,000 lines by Brussels: "I will not increase my standard of living at the expense of polar bears", or something like that. I'm referring of course to 20-20 by 2020, the European Commission's plan to reduce carbon emissions by 20% AND increase the share of renewables in final energy consumption to 20% by 2020.

The Economist sees it as the opening salvo in a heated debate about European environmental policy after Kyoto concludes in 2012 - and especially who will share the burden (€60 billion) or 0.5% of GDP it will likely cost by 2020. The problem for us in Ireland is that we're now expected to make one of the biggest proportionate contributions to this target. As set out in the Commission's own assessment of what every EU member is expected to do (see Tables I and II in the annex), Ireland is expected to reduce emissions by 20% relative to 2005 in those sectors not covered by EU ETS. Only Denmark and Luxembourg have similarly high targets. The target for renewables in Irish final energy demand is set at 16%.

Table II tells us that the combined impact of the proposed measures for Ireland could cost 0.45% of GDP by 2020. Curiously, Minister Ryan's comments welcoming the Commission's proposals only mentions the 16% renewables target, and doesn't mention either the emissions reduction nor the economic cost.

But while a few of us fret about Ireland being asked to do too much, there are those who think we are not being asked to do enough; cue Friends of the Earth responding to the Commission's proposal last week - this from their press release:
The tone of FOE's response is amusing if a little chilling: it seems we should be punished for our 'profligacy' over the past 10 years (all those jobs and all that wealth created, tut tut); and in the best tradition of S&M, they're asking that Ireland be 'whipped a little harder' for being a naughty boy. I'm no psychotherapist but I'd reckon there's many a session on the couch in that lot.

As I pointed out in a previous post, Richard Tol at the ESRI estimates that meeting the 3% target lauded by Friends of the Earth will require that half the population of Ireland leaves by 2012: but curiously nobody has responded to his estimate. Like Tol, I take most of these targets (including those announced last week) with a pinch of salt. We need to take prudent and proportionate measures to insure ourselves against low probability, high impact risks such as extreme climate change. A carbon tax, for example, that increases over time is one of the better measures proposed. And what about a prize fund for green innovations - with winning ideas shared free with developing countries, as suggested in Positive Environmentalism, a report from the Globalisation Institute?

But my money is on rising oil and gas prices to provide the clearest and loudest signal that consumers and businesses have to change their energy usage practices. Just as they have already started to do so.

Postscript: for those of you want to follow the climate debate in more detail, check out Climate Debate Daily, a good source of 'pro' and 'con' insights into what is (or isn't) going on.
Posted by Gerard O'Neill at Sunday, January 27, 2008