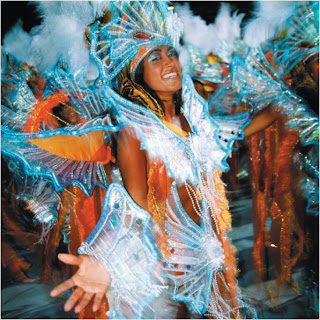 The decision by the EU to ban Brazilian beef is one of the most cynical acts of protectionism that I have seen in years. Our own Government's connivance in the act is shameful.

The Irish Farmers Association have been at the forefront of this disgraceful assault on consumers and on developing world farmers. They are delighted at the EU's ban, ostensibly on the grounds that "Brazil had failed on FMD controls, movement and traceability, border controls and animal health and food safety issues." The entire agri-lobby from Ireland to the European Commission has ganged up on Brazil (one of the world's largest exporters of beef) for the cynical purpose of protecting their patch, whatever the cost to Europe's citizens and families.

All this nonsense about 'traceability' and 'food safety' is a pure smoke screen, of course. John Bryan, Chairman of the IFA's National Livestock Committee let slip the real motive for the ban, revealed in an item in today's Irish Times:

John Bryan, said last night that he expected the removal of Brazilian product from Europe should lead to higher cattle price.

... it was now time for meat factories to pay a decent price for Irish beef.

So there you have it - a shameless, cynical act to foist higher prices on Europe's citizens, regardless of the damage done to the efforts of one of the BRIC economies to trade it's way to a higher standard of living. A country with the energy and ambition of Brazil deserves better from us privileged folk in Europe.

Maybe Bono or Bob (or ICTU or Concern) will take up the case and demand a better deal for Brazil, its farmers and agri-workers, and a better deal for Europe's consumers as well. Meanwhile, when you next hear an Irish politician mouthing platitudes about our commitments to aid and development, just ask them "where's the beef"?
Posted by Gerard O'Neill at Thursday, January 31, 2008