Punching Above Our Weight 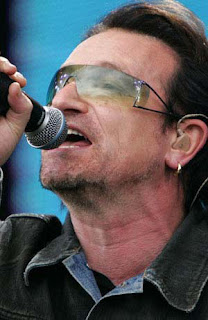 The news that the Government's Irish Aid programme will be funding several Irish third world charities to the tune of €400 million over the next three years is significant. It points to a new level of commitment and involvement by Ireland in foreign aid - something that has been more aspirational than actual in the past. Bono et al can take some credit for this turn of events.

The key question, however, is: will it be effective? Aid has a part to play in helping some countries climb onto the ladder of economic progress, but only a part. As explained by Paul Collier in an interview over at EconTalk, helping the poor help themselves requires a great deal more than aid. Effective support may even require military intervention according to Collier. Though I'm a tad more agnostic on that idea than he is.

Coming back to the question of effectiveness, the 'measurement' task this implies may be easier than we think. Tim Harford gives one example of making sure money is spent wisely: in this case, education support in the form of teachers salaries in African schools. The task - how to make sure they show up for work? The solution - install cameras to take photos at the time they should be at work. Can't see the Irish schools inspectorate trying this one mind ...

Still, as Irish Aid's budget increases, we will all want reassurance that it is money well spent - requiring real measures of effectiveness. We (the taxpayers) will be paying for it after all.
Posted by Gerard O'Neill at Tuesday, January 29, 2008