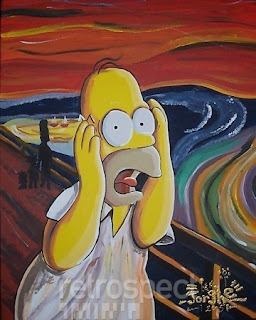 The latest consumer confidence data for Ireland, released today, shows Irish consumers to be amongst the gloomiest in Europe. Overall confidence fell from -2 in January at the start of 2007, to -22 in December at the end of the year. The single biggest driver of the deepending gloom has been the shift in perceptions of the outlook for unemployment - with Irish consumers now the most fearful about job prospects over the next 12 months among all 27 EU countries.

This is ridiculous - Ireland is projected to have one of the lowest unemployment rates in the EU this year and next year (at around 5.5%), so the sense of doom and gloom is unfounded. Why then such negativity? Sure there are plenty of things to be concerned about (see my previous post), but nothing that threatens a return to anything remotely as bad as the 1980s (when unemployment was up to four times the current rate).

It seems to me that 'we' really are talking ourselves into a recession of sorts - though by 'we' I mean the 'doom and gloom' merchants that fill our airwaves and newspapers regularly with their doleful analyses. Maybe the best economic policy initiative for the government would be to offer the said 'gloomsters' an early retirement package - say somewhere warm, like Australia ...

That said, consumers themselves know the difference between the media spin and their own economic reality, so perhaps the consequences of the trend in consumer confidence will not be as dire as projected.
Posted by Gerard O'Neill at Monday, January 07, 2008