Stop, You're Killing Us 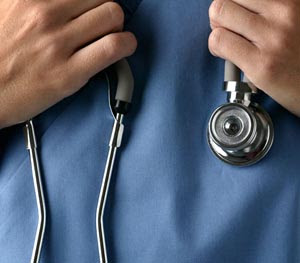 Most of the coverage of the latest Public Service Benchmarking report focused on pay rises. One assumption that went unchallenged, however, was that wage rates should be the same throughout the country.

New research from the UK shows just how disastrous such a policy of enforced equality can be. It finds, literally, that pay regulation in public health services can kill. Here are the statistics:

Centralised pay regulation means hospitals in high wage areas treat fewer patients and these patients have poorer health outcomes. These effects are not trivial: the results suggest that a 10% increase in the gap between the wages paid to NHS nurses and those paid to women working in the private sector locally raises the fatality rate among people admitted with a heart attack by 5%.

It's bad enough that increases in taxes and public spending are detrimental for the economy generally, but it gets really worrying when a politically driven equality agenda puts the health of citizens at risk in the high wage, high cost parts of the country (that's Dublin, folks, in case you were wondering).

Make that example no. 4386 of The Law of Unintended Consequences.
Posted by Gerard O'Neill at Wednesday, January 30, 2008