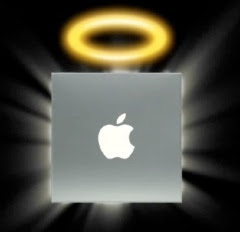 What do IBM, ABB, Cisco and Lego all have in common? The answer, according to Phil Rosenzweig - author of The Halo Effect - is that once they were all darlings of the business media but then each in turn fell from grace (or lost their halo). I have just finished reading Rosenzweig's book and for once I am inclined to agree with the blurb on the cover, that this really is 'One of the most important management books of all time'. That's Nassim Nicholas Taleb who is being quoted, by the way.

However, Rosenzweig hasn't produced yet another 'In Search of Excellence' or 'Built to Last', rather it is something of an 'anti-book' to the popular business genre. Every decade it seems produces one or two businesses that are deemed to have cracked the secret of eternal success (think IBM and Microsoft in the 1980s, Intel and Dell in the 1990s, or Apple and Google in the noughties). And every decade yet another book comes out purporting to have analysed the numbers, conducted exhaustive research and finally revealed why IBM (or Dell or Google) has inevitably become successful and will inevitably continue to be so.

Rosenzweig de-constructs some of the more ludicrous claims of numerous studies to have found the five-step or six-stage or seven-secret formula for success. Their maths are usually dubious and their conclusions inevitably spurious. Business is messy and unpredictable; managers and staff are fickle and, alas, only human; and the old adage that 'nothing recedes like success' does seem to have been proved harshly accurate with the passage of time. Here's Rosenzweig on what really does leads to high performance, discounting all the self-serving hype served up in the business press equivalent of Mills & Boon romances:

If we set aside the usual suspects of leadership and culture and focus and so on - which are perhaps better understood as attributions based on performance rather than causes of performance - we're left with two broad categories: strategic choice and execution. The former is inherently risky since it's based on best guesses about customers, about competitors, and technology, as well as about our internal capabilities. The latter is uncertain because practices that work well in one company may not have the same effect in another. ... Wise managers know that business is about finding ways to improve the odds of success - but never imagine that success is certain. ... All of which helps explain why, seductive stories notwithstanding, there's simply no formula that can guarantee success.

The book provides some inoculation against the endless stream of ridiculous claims made for the importance of one business practice or strategic device or another. Take, for example, the recent report from the National Centre for Partnership and Performance showing that 'Equality' is good for business. Based on a survey of, er, 132 companies, the study shows that diversity and equality strategies are associated with 6.5% of the variance in labour productivity across this sample; 7.9% of the variance in workplace innovation and 4.4% of the variance in employee turnover. Note: that's 'associated': not 'caused'.

I urge you to read it (Rosenzweig's book, not the NCPP report) - you too will find your BS-detecting antennae much enhanced by the experience.
Posted by Gerard O'Neill at Monday, February 25, 2008

Email ThisBlogThis!Share to TwitterShare to FacebookShare to Pinterest
Labels: National Centre for Partnership and Performance, Phil Rosenzweig, The Halo Effect