Light at the End of the Beer Glass 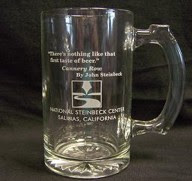 The Competition Authority continues to live up to its reputation as one of the more sensible state quangos. Its recent submission to the Government's Alcohol Advisory Group urges the group to resist calls for the reintroduction of a ban on below-unit cost selling of alcohol or minimum prices for alcohol.

The Competition Authority draws attention to some of the same statistics I have referred to in previous posts, especially the point that alcohol consumption has been declining since the start of the decade. Their conclusions make it very plain what will go wrong if a ban is re-introduced:

Any attempt to ban below-cost selling, however one tries to define it, will simply allow breweries and wholesalers to set prices across all retail outlets. It would be a victory for the vested interests in the alcohol industry as the profits from the sale of alcohol would be given special protective status under the law. Protected margins encourage greater sales promotions via advertising and other non-price competitive tools. Making the sale of alcohol more profitable is not a good way of discouraging its consumption.

Let's hope that, for once, reason rather than emotion will shape our national policy on alcohol when the Advisory Group submits its report.
Posted by Gerard O'Neill at Saturday, February 02, 2008