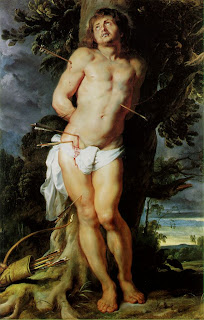 The lead story was the ESRI's forecast that GNP growth in 2008 will be the lowest since 1988. You know what that means of course: tomorrow morning you're going to wake up and it will be the Millennium Year in Dublin; Gay Byrne will be interviewing Roddy Doyle about his new book The Commitments; and someone will have dropped a box of detergent into the Floosie in the Jacuzzi. It will all have been a dream: even more spectacular than when Pamela Ewing woke up to find Bobby in the shower (if you're under 40, don't ask).

So I suggest you ignore RTE's mission to depress the nation, and that you read the ESRI's report for yourself. Yes, the economy will slow this year, BUT IT WILL STILL GROW. Consumer spending is expected to increase by 3.0%, and exports by 5.4%. The numbers in work will not fall, while most of the rise in unemployment will be driven by continuing immigration.

All-in-all a far cry from Barrytown - or from South Fork for that matter.
Posted by Gerard O'Neill at Friday, March 14, 2008