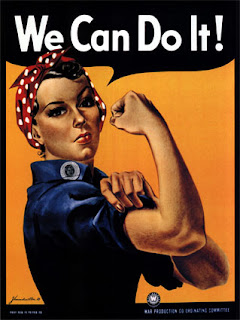 The National Consumer Agency published a pricing study last week with the bottom line that Irish consumers should shop around more if they want better value for money. (For the record: my company does work for the NCA, but we did not do that particular study).

The publication of the study lead to some interesting discussion on the nation's airwaves about why Irish consumers a) pay more than other Europeans do, and b) don't take greater advantage of savings when they are available. It has certainly mystified me at times: not least because a short hop across the border to Northern Ireland reveals a far more intense consumer culture of value shopping and price comparisons.

There may, however, be one explanation that has been overlooked in relation to the alleged lack of price competition in Ireland, namely: the growing percentage of Irish women in paid employment. A recent economic research paper from the World Bank shows that there is a direct, causal relationship between the participation of women in the workforce and retail price competition. Not surprisingly it is an inverse relationship: the more women who go out to work the less divergence there is in prices between competing retailers.

The paper's author has a simple explanation: as more women shift from unpaid work in the home to paid work in the labour market, the opportunity cost of any time they might spend comparison shopping goes up. In other words, their work commitments mean that they can no longer afford the time to look for bargains as they might have in the past.

So ironically, one consequence of the massive increase in female participation in the workforce in Celtic Tiger Ireland has been a 'free pass' for Irish retailers to keep their prices higher than they might have otherwise. Of course, a recession would reduce the number of female (and, er, male) workers, freeing them up to do more comparison shopping. The only problem is - they wouldn't have any incomes to spend, even if they found a bargain.

Another example of being careful what you wish for perhaps?
Posted by Gerard O'Neill at Tuesday, March 04, 2008