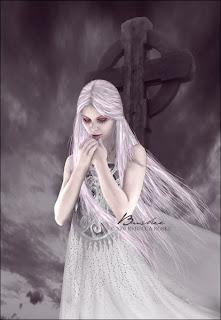 Irish tradition has it that the death of a great lord or chieftain is accompanied by the wailing of the banshee. And so it seems with the Celtic Tiger: the rising chorus of crying and keening accompanying the economic news in our media certainly presages a noble death.

But like the myth of the banshee, the reported 'death' of the economy is just that: a myth. Three reports published yesterday were certainly not good for the eardrums. The Central Bank told us that the economic growth rate is going to be slower this year than it previously thought. The CSO told us that the numbers signing on the live register increased by the largest amount on record. And the International Monetary Fund told us that Ireland is among the countries most susceptible to a house price crash. Better call the undertaker, eh?

As I've noted before, it would help if even a few Irish journalists actually read the reports they are so vexed about (and not just the press releases). Take the increase in the numbers on the live register, up 12,000 on the previous month if we take the seasonally adjusted figure. This is the largest increase ever to be sure. But that's because we have the largest number of people in work ever. The increase brings the unemployment rate to about 5.5% - going the wrong way but hardly a catastrophe. Bear in mind: the unemployment rate 10 years ago (1998) was 7.4%, and twenty years ago stood at nearly 15%. But far, far fewer people had jobs to be made redundant from back then.

The more interesting insights are from the Central Bank and IMF reports. Though much has been made of the Central Bank's reduced forecasts for GNP and GDP growth, curiously nobody commented on the fact that they have left their forecast for consumer spending practically unchanged: at 3.4% for 2008 versus 3.5% in their January outlook. Indeed, their current forecasts for 2008 and 2009 are for further growth in the numbers in jobs, alongside a slight increase in the unemployment rate. Not quite the end of the world as we know it.

One explanation for the Central Bank's positive outlook is hidden in the IMF report (that got the same doom and gloom treatment as the other reports). Figure 3.4 in chapter 3 of the World Economic Outlook shows that Ireland has one of the lowest correlations between consumer spending and house prices of any of the countries surveyed. The reason? We didn't treat our houses as ATM machines to fund current spending out of increased borrowings secured on our houses. So even if house prices fall further (because they've been falling for some time now), consumer spending will continue to grow - creating jobs and wealth along the way.

Maybe that'll stop the keening for a while.
Posted by Gerard O'Neill at Saturday, April 05, 2008