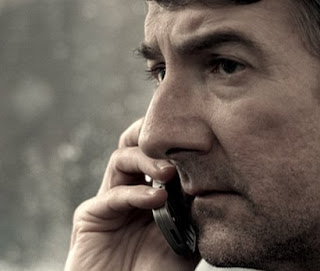 I've been involved in a number of projects recently touching on the subject of sustainable business. At the core of the sustainable business debate is the issue of morality - though most debates rarely go there (not least because we tend to see morality as a matter of religious belief and therefore outside the bounds of normal business discourse).

I think this is a pity - but I also think it is changing. Many people do draw on their faith to inform their decisions about what is moral or not. But many don't, and in the world of business most moral dilemmas do not lend themselves to the more personal nuances of religious morality. Still, many business decisions have moral dimensions - and consequences. And, as often in the past, it is the mis-behaviour of certain firms or sectors (think sub-prime lending) that raises questions about the morality of business.

The behaviour of businesses is fundamental to our future: not least because a lot of folk think that businesses - and by extension, business people - are fundamentally immoral. Business is often seen as morally irresponsible in relation to the environment, developing countries, employees, customers etc. But not all businesses: think of Google's admonition to Don't Be Evil.

New insights from neuroscience are starting to provide us with a more useful understanding of secular morality. My guess is that we will hear a great deal more about morality and business in the months and years ahead - as we should. I keep saying to my clients: a company is a legal construct, it's the people in it that determine whether the business is behaving morally or not.

And here's a re-assuring example of a financial institution (no less) that has addressed the issue of morality and business responsibility head on. The company is Liberty Mutual who have launched the Responsibility Project. Here's just one example: magnificent stuff.
Posted by Gerard O'Neill at Tuesday, April 29, 2008