The Consolations of Philosophy 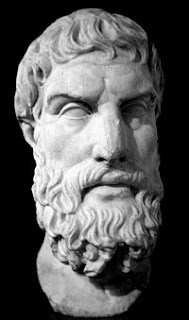 Philosophy is cool again and it seems we have the Pope to thank for it. This struck me as I was listening to a (yet another great) episode of In Our Time on the subject of Materialism. The current tensions between political Islamism on the one hand and Western values on the other has forced a debate about what the West stands for - one that goes to the heart of our religious and philosophical inheritance.

Of course the 'debate' about the origins and future course of Western civilisation has been going on for a while, as detailed in the works of A.C. Grayling (a contributor to the In Our Time programme) and Jennifer Michael Hecht. The tone of the debate in recent times has been shrill, but I think it can and will change. As explored in a delightful article on The Rebirth of Religion and Enchanting Materialism, Europe can lead the debate in a better direction, if only because we started it.

And for those of you who like your philosophy without the ancient Greek, try out Philosophy Bites, a delightful series bringing the best of modern thinking and thinkers to an iPod or MP3 near you.
Posted by Gerard O'Neill at Sunday, April 27, 2008