The English Drove Us to Drink 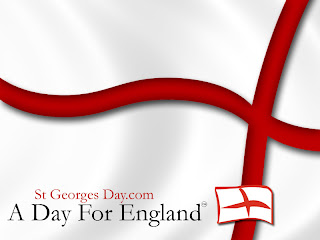 A Happy St Georges Day to the 12.39% of my readers with UK IP addresses. I hope you won't take this post personally. But it seems the English drove the Irish to drink. Worse: it was the cricket and the Church of Ireland. And boarding schools (an alien English concept of course). You don't have to take my (possibly biased, Northern-Nationalist-upbringing) word for it: the proof is there in all its statistical glory (to a p<0.01 significance level) in a new study by UCD.

The research is in a paper called Why Do Some Irish Drink So Much? and it certainly provides lots of food for thought. Table 2 on page 26 provides a handy summary of the different variables tested by the researchers at the UCD Geary Institute (I'm a big fan). It literally shows that, from a survey of 3,500 UCD students in 2006, the following are the most significant influences associated with increased levels of alcohol consumption:

In response the Government has decided to restrict the sale of alcohol in supermarkets. Go figure. Of course I'm only kidding: the Government weren't responding to the UCD research - or any other serious research that I can see. Sure the UCD research does show a modest association between the number of off-licences in the student's home town and alcohol consumption: but the main outlets disadvantaged by the proposed public order bill will be supermarkets, not off licences (NOFFLA are in favour, naturally).

The HSE has just published yet another dreary litany of all the harm alcohol does, with the statistics suitably selected to paint the blackest possible picture of alcohol consumption in Ireland, and to excuse yet more state infringements on our adult freedoms. What you won't read (in a report from an organisation ostensibly concerned with health) is about the many physical and psychological benefits of moderate alcohol consumption. And here's the thing: the overwhelming volume of alcohol consumption in this country is moderate - and getting more moderate over time.

Yes, an unfortunate number of people ended up in A&E last weekend with alcohol-related problems or injuries - but over two million adults drank alcohol last weekend and didn't end up in A&E, or a car crash, or even hungover for that matter. But if the Government is really serious about reducing alcohol consumption in this country, then the real solution is clear: ban cricket, ban boarding schools and ban the Church of Ireland. And maybe reduce access to third level while you're at it. Though I hasten to add for my UK IP readers that I will oppose the Government if they do - honest!
Posted by Gerard O'Neill at Wednesday, April 23, 2008