It's Not the End of The World (Yet) 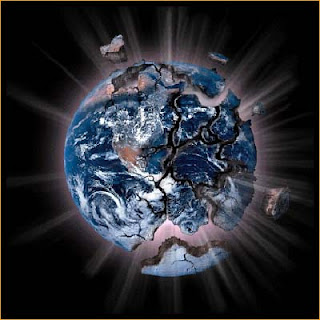 The weekend's newspapers were full of the usual self-flagellation about the state of the economy, the housing market and the demise of the Celtic Tiger. But for a slightly saner, there's-hope-yet read on our global economic predicament check out the writings of Chris Dillow, who at least manages to keep things in perspective.

Here he is on the financial crisis and the IMF's forecast that the final bill could reach nearly $1 trillion:

Truth is, though, that the number is much less spectacular than the papers think. For one thing, it's much less than equity investors have lost. Worldwide, $5.6 trillion has been wiped off share prices since late October. Few serious people are much troubled by this.

And similarly, here's his take on the housing crisis:

Many men have borrowed thousands of pounds to buy an asset that’s fallen in price. We call them car-owners. No-one worries about negative equity in the car market. So why worry about negative equity in another consumer good? ... Sure, some people have lost money because they over-invested in housing. But why should we care about these any more than about those who over-invested in Laughing Boy in the 3.30 at Wincanton? It’s not the government’s job to bail out bad gamblers.

All-in-all a somewhat less shrill interpretation of events than that in the columns of our newspapers or on our airwaves. Most of us have jobs (who want them), most of us have houses we want to live in, and we are in a much better place to weather any economic downturn than any previous generation. No harm counting our blessings from time-to-time.
Posted by Gerard O'Neill at Monday, April 14, 2008