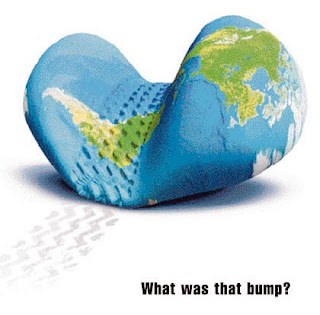 One of the most interesting 'conversations' right now is that between marketing, design and advertising folk about sustainability and consumption. The latest David Report - I Shop Therefore I am - summarises lots of the usual stuff about green consumerism, but also pushes the discussion that bit further. Here's one extract:

But to consume is at the same time something positive. We consume restaurant visits, theatre shows, travels, education and so forth. Many enriching and life enhancing experiences springs from consumption. To use the word destroy about a wonderful travel, a magical concert or a university degree would be quite wrong. Consumption is quite simply both positive AND negative, from different aspects.

It's hard to argue with that. Unfortunately most anti-consumerism is really just intellectual snobbery masked in holier-than-thou bromides about only buying what 'we' think you need. What bugs most intellectuals on the greener fringes is the idea of individuals making their own minds up and making their own free choices about how to spend - or not spend - their hard earned money. Rather than being told, forced or cajoled into doing what is good for them.

Businesses have to deal with the real world rather than idealism or ideology, so it is good to see businesses like Nike working with suppliers not only to raise standards in relation to child labour, but also to help suppliers introduce better, more efficient and more environmentally friendly production methods. Here's one example of what Nike are doing as part of a pilot project in factories in China and Vietnam:

One important aspect of the project was the installation of wireless monitoring. Rather than manual tracking of power consumption on the factory floor, Nike helped the pilot factories install systems that measure energy use by manufacturing process. The new system provided online reports available in real time, 24 hours a day, 7 days a week.

This is a great illustration of using world class IT and energy technologies to support suppliers in developing countries effectively to leap frog more energy intensive and more polluting intervening generations of technology. It's also a nice illustration of Jeremy Rifkin's idea of the third industrial revolution.

The conversation about the future of consumerism isn't over yet - but as businesses become more engaged in the debate, then a more realistic and ultimately more effective response to the environmental and energy challenges we face will emerge.
Posted by Gerard O'Neill at Friday, April 18, 2008