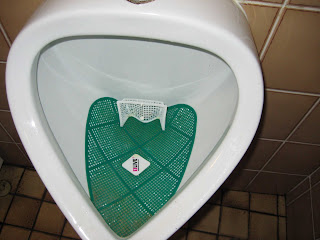 Demos - a left-of-centre think tank in the UK - has brought out a fascinating report on The Politics of Public Behaviour. It will no doubt become mandatory reading for our local policy makers and advisers. The report succinctly summarises current thinking from the areas of behavioural economics and neuro-economics and their implications for public policy. Alongside a good introduction and conclusion it also presents opinion pieces from three politicians (Labour, Tory, LibDem) regarding their views on the key issue: the role of the state.

It's a good report - but ultimately I am not convinced by it's pro-interventionist leanings. A fundamental issue not addressed in the report is whether people should be allowed to make the 'wrong' decision - even if it ultimately proves harmful to their wellbeing. I think this is the point of demarcation between the 'statists' and the 'selfists'. The former say no, so limit people's choices for their own good - the latter say yes. Though in the case of the latter (my own position, surprise surprise) the sensible view is that the decision should be fully informed (so there is a role for, say, health warnings) and should not have consequences for others (so go ahead and get high on that drug if that's what you want; but not, say, if you are driving or caring for young children). And don't assume my approval.

But there is a perspective called Libertarian Paternalism that I have written about before which says that you can combine compulsion and choice, e.g.: 'opt out' rather than 'opt in' pension contributions for employees. These are delightfully summarised by the folks over at the Nudge blog - who give us daily reminders of how readily we can influence people's behaviours. Especially, er, men's (a recurring theme, by the way).

Nevertheless the Demos folk are right about one thing in particular: behaviour modification is the front line of politics in Western Societies right now, and will be for some time to come. Nor will all the issues be as straightforward as plastic bag taxes and smoking bans. Changing behaviour requires a judgement about what is acceptable behaviour - something that doesn't come easy to present day society. Changing behaviour is the new class struggle.
Posted by Gerard O'Neill at Thursday, May 15, 2008