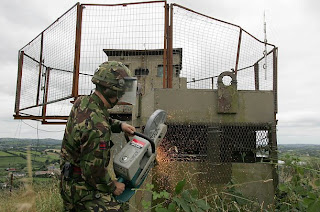 One of the most welcome consequences of the new realities in Northern Ireland is the absence, for all practical purposes, of a border with the South. One of the less welcome consequences is that it has driven up the price of diesel for Southern drivers. At least that's my reckoning on the current spike in diesel prices relative to petrol that has got the AA so vexed.

The cross-border insight was prompted by the ESRI's latest Medium Term Review. Box 5.4 on page 110 - for those of you with access to the full report - features a commentary on the issue of Fuel Tourism, i.e.: Northern Irish drivers crossing the border to fill up their cars and lorries in the South. Here's what they have to say:

In this Medium-Term Review we estimate that in 2005 between 5 and 9 per cent of total petrol sales in Ireland were consumed abroad. The figure for diesel is 15 to 20 per cent.

Is it any wonder then that diesel prices have been rising so much faster - even with an appreciating euro? Ireland is not unique in having big price differences between petrol and diesel - though I was struck by how much cheaper diesel was in France relative to petrol (about 10c a litre). Like it used to be here.

I'm not saying we put the border back, mind - I'm from Tyrone after all! Though as someone about to switch from a petrol to diesel car for both economic and environmental reasons I wouldn't mind things getting back to 'normal'. Whatever that is in today's 'whiplash' energy sector.
Posted by Gerard O'Neill at Sunday, May 18, 2008