It Won't Be So Bad 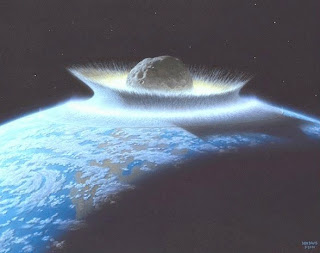 There's a nice post on PsyBlog about Impact Bias. This is:

our tendency to overestimate our emotional reaction to future events. Research shows that most of the time we don't feel as bad as we expect to when things go wrong. Similarly we usually don't get quite the high we expect when things go right for us.

We all suffer from impact bias of course, both in our private lives and sometimes in our public lives (think election manifestos). It also explains the wild fluctuations in business and consumer confidence indices which are based on what people expect for the economy and their own financial situation or business in the near future. Likewise, the bias can drive our capacity to think about the future, including the risks we face and the impact they could have.

Awareness of Impact Bias is kind of comforting: even if all the things that could go wrong do go wrong then it won't be so bad as we might fear. Then again, maybe not - especially when we think about global risks and threats. I recently read a remarkable essay by Peter Thiel, founder of PayPal and now a hedge fund president. Thiel places our current global uncertainties in a long run historical context, describing the ebb and flow of various 'heaves' towards globalisation over the past 500 years or so - of which the present one is perhaps the greatest and most likely the last.

He describes three 'bubbles' driving the current globalisation: the China Bubble, the Technology Bubble and the Hedge Fund Bubble. Likewise he brilliantly frames the context for much that challenges Ireland at present (though Ireland isn't mentioned) - including financial volatility, house price collapses and competition. As he says about China:

there is no good scenario for the world in which China fails.

Thiel describes the extraordinarily narrow path to the future we are now traversing: we either arrive at a globalisation that works (not just for the wealthy) or we fall off the path into failure and the last world war. It's sobering stuff, and the kind of impact we'll all be biased about.
Posted by Gerard O'Neill at Sunday, May 11, 2008