Saturday is the New Sunday 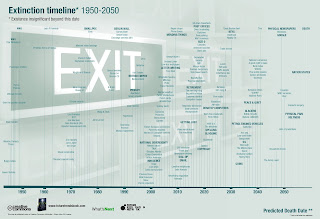 I was chatting to a client yesterday who observed that 'Saturday is the new Sunday'. I think he's absolutely right. Sitting in Café Java in Blackrock this morning with my wife - catching up on the working week just ended - we were surrounded by couples, parents and kids 'decompressing' at the start of the weekend.

With shops and shopping centres open seven days a week (24/7 in some instances) there is no longer the same rush to get things done on Saturday when they can be done on Sunday instead. Certainly for me Saturday is the least 'structured' day of the week, and usually Sunday's are when I get around to the things that can't be done on weekdays - like cutting the grass. Hence the reason, perhaps, why Saturday editions of newspapers have become much like the Sunday newspapers.

So things change; even the distinctions concerning weekdays and weekends. The concept of the seven day week is, of course, an entirely human construct - unlike, say, the month or year which have obvious astronomical correlates. But there is something just 'right' about the seven day week - or so it seems to most people, including me. Just as well then that the seven day week looks set to survive long into the future: unlike 'getting lost', 'lunch', and 'ugliness' according to the slightly tongue-in-cheek timeline in the graph. From tfia (again).
Posted by Gerard O'Neill at Saturday, May 17, 2008