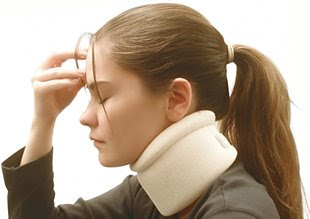 When business people get together usually the first question they ask each other is: how's business? The answers tend to range from fine to grand to great - depending on what stage of the business cycle we're all at. Business people are congenital optimists (you have to be to start a business: 50% of new businesses in the EU fail in the first five years) but right now the optimists are having a hard time.

Instinctively, when times are uncertain, business folk look for signs and portents. The ancients had the entrails of sacrificial animals, we have confidence indicators. And the portents (at least according to the latter) are not good. What is really surprising is the speed and ferocity of the changes in sentiment indicators such as NCB's purchasing managers index for services. The fall in business activity in April was as sharp as that in October 2001 - immediately after 9/11. Enough to give the economy whiplash at that rate of deceleration.

Then again, there are some who think confidence or sentiment indicators and the like are not actually much better than reading entrails. Last week's More or Less programme featured a rather jaundiced review of the use and abuse of sentiment indices. There was much that I agree with but I have found measures such as consumer confidence to have some explanatory (and predictive) power for some markets.

Still, if some of the programme's contributors are right - that sentiment indices are lagging indicators rather than leading indicators - then we really might need to tighten those seat belts and adjust the head rests to avoid further damage to our financial health. The answer to how's business might soon be don't ask.

I wonder what the economic equivalent of a neck brace is?
Posted by Gerard O'Neill at Tuesday, May 13, 2008