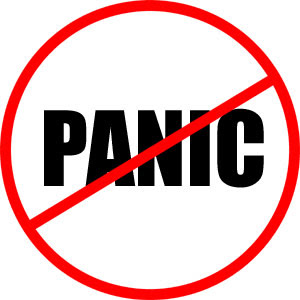 Some of you may be old enough to remember Dad's Army, in particular Corporal Jones' stock phrase: "don't panic, don't panic". It's one of those phrases that comes to mind whenever I learn a bad piece of news that quickly gets spun into 'the-world-is-ending' kind of headlines.

I'm thinking of course about today's news that the Live Register of unemployed workers crossed the 200,000 level last month for the first time in nine years. This brings the unemployment rate to 5.4% - uncomfortable for those affected, but hardly a disaster in the scheme of things. Or to look at it another way, back in 1999 (when it was last at 200,000) there were almost half a million fewer people in paid employment than there are today - such has been the power of the economy to create jobs since the start of the decade.

The CSO slipped out another report today that didn't attract quite the same level of attention - their Measuring Ireland's Progress Report for 2007. It reinforces the point that the problems we face now are far, far more manageable today given our depth of economic wealth and productive capacity than at any other time in our history. We will of course face new and significant challenges in the months and years ahead (including energy and food shocks), but we are blessed to be so much better able to manage such shocks without the harm they would have caused even in our recent past. Don't panic, indeed.
Posted by Gerard O'Neill at Tuesday, June 10, 2008