A Matter of Distrust 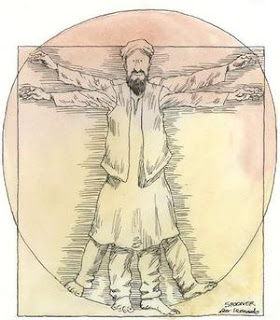 I remember at the time of the first Nice referendum (June 2001) doing a survey which showed a massive jump in the previous two years of those agreeing that 'the pace of change in Irish society is much too fast'. At the time I pointed this out to several Yes campaigners as a sign that there would be a 'No' decision in the referendum. Funnily enough they didn't believe me at the time ...

Consumer confidence was plunging through the first half of 2001 as the dotcom bubble collapsed and people worried about their economic security. We were also coming out of a frenetic period of economic and social change that had taken everyone by surprise and left many people uneasy about the future direction of the country.

Fast forward seven years and we're heading in the same direction. Consumer confidence has collapsed, the economic storm clouds are gathering and we are coming to the end of a period of rapid social change, wrought especially by immigration. This I think is part and parcel of the recent surge in the No vote. As in 2001 the Don't Knows are the key group. Back then it turned out that a lot of the Don't Knows actually intended voting No, it was just that they didn't want to be seen to be flying in the face of the Political/Media consensus on the Yes side. As anyone who has ever done business in Ireland will know, nobody really likes to say 'no' - even when that's exactly what they mean. It's part of our psyche: we don't want to make the other side lose face in case we need them on our side some time in the future. And so it is in June 2008: people simply don't trust the way things are going, or where we'll end up.

Immigration is part of this - though not in a xenophobic sense (yet). The recent findings from the CSO that immigrants took up 90% of all the new jobs created in the past twelve months is truly extraordinary. I doubt that any other country in Europe would have greeted such an announcement with the indifference that greeted it here. On the one hand such indifference is a measure of our affluence, maturity and confidence such that we don't think it's a big deal: the cake has been getting bigger so there's plenty for everyone. I'm inclined to agree.

But the cake is about to get smaller (especially if the ECB pushes ahead with an interest rate rise). That I believe is behind the surging No vote. People are worried about the future as they were in June 2001, and worried about the direction society is moving in. Nobody is saying 'send the immigrants home', but more than a few I've spoken to in focus groups etc are saying 'we have enough now thank you'. Immigration is still the issue that 'dares not speak its name' in polite political circles. In the fallout from a No vote next week and an economy-wrecking interest rate rise next month I expect that all that will change. And it won't be pleasant, unfortunately.