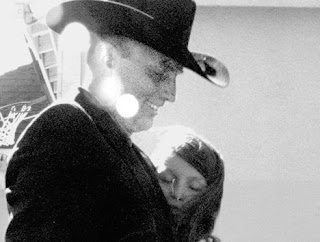 I got some interesting feedback, online and offline, about a post a while back on Business & Morality. In it I referred to a fascinating initiative by US-based Liberty Mutual called The Responsibility Project. Their intention is to get more people thinking and talking about responsibility as a simple, straightforward way to make the world a better place. I like it. Their method is to create and share video vignettes that challenge the viewer to ask his or herself: 'what would I do in the same situation?' But I don't want to make it sound 'worthy'. The actual quality of the videos is first class, and they are all totally engaging in their own way.

The people at The Responsibility Project recently got in touch to let me know that they have added a number of new videos - and I can report that they have maintained their high standards. Their new stories range from the emotionally powerful (Father's Day), to the quirky/funny (Table Guardians), to the cutesy (Mandy & Lester). Unfortunately due to 'licensing agreements' several other videos cannot be seen outside of North America, including one about an African boy starting school in Ireland. Still, there's plenty of content and thought-provoking material across the rest of the site.

I think that initiatives such as The Responsibility Project are part and parcel of a wider process of shaping a moral code for secular societies. Though the greater part of our individual and collective moral code in Ireland is Christian in origin (on balance, a positive thing); our cultural and societal momentum is taking us in a 'post-Christian' direction with regard to ethics and codes of behaviour. Where we end up, time will tell. The debate has only begun outside of Ireland let alone inside Ireland. For a sense of where the debate is going listen to this fascinating interview with Austin Dacey, author of The Secular Conscience (which I've just started reading).

The recent DCC debacle has highlighted the importance of morality in a business context. Increasingly I suspect business people will be judged not just in terms of their compliance with the letter of the law, but also in terms of the morality of what they do. Though I doubt that many business people are ready to engage in that dialogue just yet. But engage they must - and the example of Liberty Mutual shows one way it can be done.
Posted by Gerard O'Neill at Wednesday, June 11, 2008