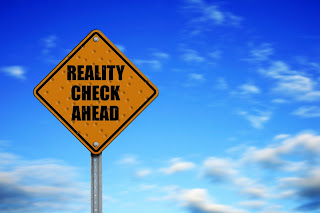 Economics boils down to two, simple rules of thumb:

1. INCENTIVES ARE ALL THAT MATTER
2. THERE ARE ALWAYS UNFORESEEN CONSEQUENCES

Everything else is padding (including the macroeconomic stuff), and most of human history is really just a record of the interaction of these two rules. The reason economists are called dismal scientists is because we stress that reality isn't optional - human actions are motivated by incentives, and not all the consequences of those actions can be foreseen. It has been ever thus.

Some folk think that reality is optional: politicians, for example. But though they might promise to lead us into paradise on earth before the next election, economists tend to think 'but what about ...?'

The ESRI's gloomy missive last week has got me thinking a lot about incentives and consequences. Take public sector pay: what incentive do public sector workers have to accept a pay freeze as some have demanded? The answer is: none whatsoever. Very simply there are no economic consequences for public sector workers from refusing to moderate their expectations in relation to pay and conditions. So why should they? Their incentives are to maximise the economic gains they can achieve from a position as monopoly suppliers of labour to the Government, safe in the knowledge that they cannot be sacked if their services are no longer required. Their economic behaviour is therefore entirely rational in light of the incentives and consequences they face (or think they face).

That is not to say there won't be consequences elsewhere in the economy. As Eilis O'Hanlon points out in today's Sunday Independent:

There is though a closer alignment between incentives and consequences in the private sector. If a chief executive turns out to be not very good at his or her job (especially if they are on a massive pay package) then the board and shareholders (and even the other senior managers) are incented to replace him or her. Sometimes they leave it too late to take action - and pay the price in terms of falling profits or share prices or both. And therein lies a fundamental difference between the private sector and the public sector: a company that makes the wrong decision ends up smaller than it was previously; whereas a government that makes the wrong decision ends up larger than it was previously (as it spends money on tribunals, quangos and new policies designed to undo the damage caused by the previous ones).

The really interesting issue as we enter a recession will be how private sector workers will respond to a slowdown. Not only in terms of their economic behaviour (taking pay cuts, working harder, etc etc), but also in terms of their political behaviour. Back in the 1980s the PAYE tax payers of Ireland effectively revolted against the burden they were expected to carry on account of bad governance. The trade union movement was actually in the vanguard of this revolt if memory serves.

Private sector workers certainly have plenty of incentives to challenge a Government that expects them to bear all the cost of the economic adjustments we now face: and it's reasonable to assume that the consequences will be felt at the next election. Only it will be politicians who will face the unforeseen ones.
Posted by Gerard O'Neill at Sunday, June 29, 2008