Send in the Entrepreneurs 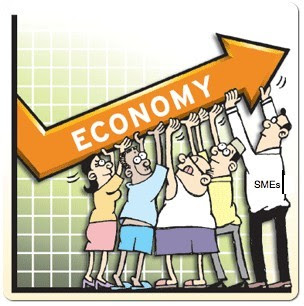 Just as economists are often accused of forecasting 8 out of the last 3 recessions, so also are they regularly guilty of forecasting recovery in the third half of the year. In other words, we don't experience recessions as often as feared; but when we do it usually takes much longer to finally get out of them than originally expected.

I was at a conference last week in the UK where an old hand with experience of multiple recessions (this is his sixth, he observed) shared the idea that recessions usually last about 20 months. Mind you, he was talking "business recessions" not "decline in GDP growth over two consecutive quarters/economists' recessions". We are in a business recession in Ireland right now - one that began towards the end of Q1 this year. It won't show up in the macro-economic statistics probably, but anyone running a business will know what I mean.

Things will therefore get worse before they get better (some time around Q4 2009 if the UK model applies here). Not least because the banks don't have any money to lend, and because the current level of uncertainty about both domestic and global economic prospects leaves monetary authorities helpless to change things. Or as The Economist put it with its usual pithy insight:

If the theme of last year was turmoil in financial services, then 2008 could be the year when financial stress goes on to harm the economy. And it is not too fanciful to imagine a vicious circle: as the economic downturn causes more financial pain, so confidence will crumble further.

So what to do? The banks don't have any money to lend, and the Government is too cash strapped to stimulate things much. Indeed, if they raise taxes as Noel Whelan demanded in this weekend's Irish Times, then that Q4 2009 recovery might well recede like the end of a rainbow on a sunny day. The answer, as ever, is to let the private insights of individuals as to what is best for them translate into the public good that is economic growth and innovation. In other words: we need to encourage entrepreneurship like never before, even as the appetite for business start-ups is going into reverse.

A recent report on the culture of entrepreneurs found that among self-employed people "self-direction, stimulation and achievement are rated as more important, while security, conformity, and tradition are rated as less important" in comparison with employees. Such values are not exclusive to people starting up businesses, of course. Managers in existing businesses - and civil servants with a genuine commitment to public service - are all capable of being entrepreneurial. But it is an individualist mind-set by definition - one that grates against the constraints of the increasingly conservative, collectivist, don't-rock-the-boat mindset now seizing the national mood.

Depending on which mindset wins out will be the timing, speed and durability of Ireland's economic recovery. If the Americans can send in the marines, then I say we send in the entrepreneurs ...
Posted by Gerard O'Neill at Sunday, June 08, 2008

Email ThisBlogThis!Share to TwitterShare to FacebookShare to Pinterest
Labels: Entrepreneurship, recession, The Economist