The Morality of Free Trade 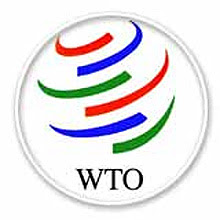 I wonder if the IFA's Don Quixote stand on the WTO negotiations is their final showdown? The Irish Times carried a good piece yesterday by Alan Matthews arguing basically that Ireland's future economic wellbeing is more important than subsidies to Irish farmers. He's right of course. As I've argued before, the IFA's stance on agri-protectionism is a super-cynical exercise in feathering their own nest to the detriment of Irish consumers and third world farmers.

But the issue is about more than the benefits that will accrue to consumers and farmers (including Irish farmers willing to focus on what customers want rather than their next CAP subsidy). I see it as a moral issue: liberalising global trade in farm produce is a necessary step in ensuring that people living in countries with predominantly agricultural economies can join in the wealth and job creating process that is free trade and democratic capitalism. Necessary but not sufficient: for unless citizens in wealthy democracies such as Ireland mandate their representatives at the WTO negotiations to do what is right both economically and morally then the forces of protectionism will prevail - condemning the world's poor to a continuation of their predicament for decades to come.

Here's one perspective on the morality of free trade - this time from a Catholic perspective:

There is also a moral aspect to free trade that ... seems to be forgotten. Economic freedom and the right to free exchange come from man’s natural right of association and his responsibility to take care of himself and his family. Economic freedom as a core element of political freedom grew out of the tradition of liberty in the West. In Spain, the medieval theologians that formed the School of Salamanca argued this well before Adam Smith came along, insisting that free exchange was a natural right and it lay beyond the government’s role to prevent it.

Church leaders in Ireland might take the lead in facing down the IFA and truly become the voice of the oppressed that they regularly claim to be.
Posted by Gerard O'Neill at Sunday, July 27, 2008