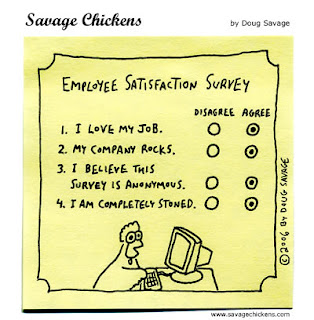 The National Competitiveness Council published a curious paper yesterday about Wellbeing & Competitiveness. I say curious because having read it I'm not entirely sure what it was about. The paper seems to address two very important issues (wellbeing on the one hand, competitiveness on the other) without quite connecting the two in any especially relevant or insightful manner.

The NCC has published some excellent reports before on the issue of competitiveness - one that is undoubtedly the most important facing our country right now. But their discussion paper feels more like a brief digression rather than an important extension of their analysis of the nation's competitive situation. Just as well really. Mostly because I think the two issues are not significantly connected - other than at the level of the platitudinous (poor people are generally more miserable than the better off; competitiveness is an important means to ensure we're collectively better off).

I've written a few posts before on the subject of happiness and economics. So I guess I'm always on the look out for the kind of nonsense that implies we were all better off back in the 70s or 80s in our close knit communities: poorer but purer. We don't have to worry about such nonsense from the NCC - their concluding paragraph is solid, common sense:

In summary, there is limited scope for policy intervention in some aspects of wellbeing, such as factors peculiar to and determined by an individual. However, individual wellbeing is enhanced by access to income and material resources and national wellbeing is enhanced or maintained by high levels of national income. Therefore, having an emphasis on policies that support sustainable economic growth and competitiveness can play an important role in maintaining and enhancing national and individual wellbeing.

This can't, alas, be said for some of the comments on the report. The usually sensible Maureen Gaffney sails close to the wind of eejits like Oliver James when she writes in today's Irish Times about the NCC paper:

Concerns about the sustainability of current production and consumption patterns, environmental degradation, crime, social cohesion, equitable access to quality healthcare, accountability and standards in public life - all these concerns gnaw away at national wellbeing.

What a strange jumble of issues: somehow I don't think people are worrying as much about the growing incidence of flat screen TVs as they are about, say, the growing incidence of knife crime. Just a hint of crying into our orange mocha frappuccinos for Dublin in the rare oul' times. Also, given that we have some of the highest levels of satisfaction with our standard of living and quality of life in the EU then I'd suggest there's not quite that much 'gnawing' going on.

The important aspect of wellbeing that is at the heart of competitiveness of course is employment. Work is a major source of life satisfaction as well as material reward for most adults. And how we manage employment policies and practices has massive implications for our competitiveness. We can certainly learn from other countries how best to organise (or not organise) our labour market to enhance both wellbeing and competitiveness. It is interesting that France today ended it's insane 35 hour working week policy. Our own Small Firms Association has recently called for a reduction in the national minimum wage. A pity they didn't go further and call for the complete abolition of the minimum wage. That way we could join the ranks of hard core laissez-faire, free market capitalist nations like, er, Denmark. Indeed, Denmark's flexicurity policies might well contain some interesting ideas for the NCC to ponder.

There's a topic for their next discussion paper ...
Posted by Gerard O'Neill at Thursday, July 24, 2008