The Coasean Demise of the Nation State 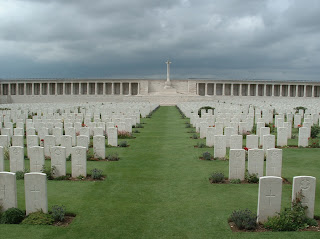 It's probably my age (and having a son old enough to fight in a war if ever we found ourselves in one) but I find myself increasingly disgusted by War in all its variations. Like most boys growing up I had a fascination with war, armies and weapons. Normal and harmless enough I reckon (even in the context of The Troubles in Northern Ireland as I experienced them).

But adulthood is meant to bring a sense of perspective, proportion and wisdom such that one leaves behind the things of childhood. Most of us do it seems except for that wretched species of vainglorious politicians who regularly inflict the misery of war on their fellow human beings from time-to-time. As is happening in Georgia right now. And here's the thing: countries don't attack each other any more than they compete with each other. In the case of the latter it is businesses that compete across borders. In the case of the former it is politicians in cahoots with cliques of military leaders that cajole and trick their fellow citizens into murdering citizens of other countries, and inevitably it is the citizens on both sides who suffer almost all the consequences. That's the way it has been for at least the past 10,000 years (pdf).

But things are changing. I have been listening to a brilliant podcast from Demos featuring a talk by Clay Shirkey (whom I mentioned in a previous post). Shirkey's thesis is that the new tools of connectivity (mobile, web) mean that we can organise without organisation. What he is arguing is that the traditional rationale for organisation - as the most effective and economic way to co-ordinate a complex range of tasks and people - is less and less relevant to how we live, work and create wealth.

Shirkey isn't saying that organisations will disappear overnight. He notes in his book Here Comes Everyone that the full consequences of the invention of the printing press weren't felt until four centuries later (with the ascension of the nation state). He thinks the current technological revolution will unfold over at least another fifty years, such is the lag between technological change and social change. I think he's being optimistic.

His talk and his book got me thinking not just about the future of businesses (as organisational entities) but also about the future of the nation state. Perhaps the greatest economic thinker about the nature of the firm is Ronald Coase (still working at the University of Chicago at the spritely age of 98!). Coase famously theorised that the reason people organise in firms (rather than each individually buying services in the marketplace for things like management skills, financial skills, operational skills etc) was that the transaction costs of the latter were too high.

There is something Coasean about the nation state in that regard. People formed nation states because it provided an efficient, sustainable organisational structure that could (theoretically at least) meet the needs of those resident in the state (its citizens). I realise, of course, that there were a few other factors in the emergence of the nation state as well.

Which brings me back to Shirkey: he floats the idea in his Demos talk that we may be about to witness a massive mushrooming of 'nation states' or new social groupings for the simple reason that it has never been easier to organise people around a common purpose or ambition. Think about it: all the things that central governments and their civil servants were established for - command and control: organisation in a word - can now be done for a tiny fraction of the outlay of human intellectual and political energy than was needed before. He may be right: but it probably means more South Ossetias and grandstanding by idiots like Mikhail Saakashvili. I really and truly hope not, for the sake of all our young men and women.
Posted by Gerard O'Neill at Tuesday, August 12, 2008