The Consumers Have Gone on Strike 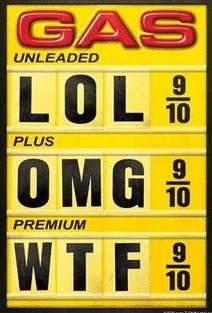 Forget SIPTU serving notice of its intention to demand pay rises for its members. They represent a minority of a minority of private sector employees. Of far more concern to our collective economic future is the wildcat strike by Irish consumers evident in the retail sales data for June from the CSO (pdf). Most forecasts for the Irish economy this year and next have assumed that real consumer spending will be weak but positive - just not enough to offset the contraction in the construction sector and prevent us experiencing negative GDP growth.

But with retail spending making up about half of total consumer spending and showing the sharpest fall in volumes since January 1987 then we are clearly not in 'weak positive' territory: more like 'sharp negative' growth for 2008. The other half of spending is made up of services. Here we need to anticipate the consequences of diverging inflationary trends. The prices of goods are falling, including - for the first time - those of Irish industrial producers selling to the home market (pdf). But service prices are rising, driven by energy prices (year-on-year) and public services (health, education etc). So even as consumer spending on services holds up, the real level of spending will be weak due to price rises.

So where to next? Irish consumers are shaking off our traditional 'price insensitivity': more shopping around (by store and by channel - think ecommerce) is already evident. Manufacturers and retailers are already responding by cutting prices. That's good news: lower inflation increases real spending power even if wage growth is modest (despite SIPTU's best efforts). We appear to be experiencing a micro-economic recession rather than a macro-economic one at present: sure, unemployment is rising but is still well below the EU average and the levels experienced in previous recessions. Personal borrowing is still in positive territory as is government spending (too 'positive' perhaps in the case of the latter).

Reading the runes of consumer confidence indices my near term 'forecast' is for equally dismal retail sales data for July and August (the weather having done nothing for the nation's mood). This will combine with the first half to drag down the forecast for consumer spending in 2008 - so I expect real growth to be negative, unless there is a collapse in the inflation rate in the last third of the year: unlikely at this point. As for next year? I'm reminded by Stumbling & Mumbling that forecasting is the weakest aspect of the economics discipline, and that economists inevitably hold up a mirror to the past when forecasting rather than a crystal ball to the future.