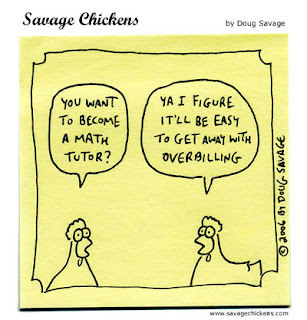 One of my favourite films of all time is Groundhog Day, starring Bill Murray. It's a delightful story of personal development and how it's never too late to learn; more importantly, it's very, very funny. I'm always reminded of it whenever the Leaving Cert results come out. You know the drill: girls doing better than boys; not enough students doing science; maths scores falling etc etc.

Not to dismiss the importance of the issues (the science and maths ones anyway). But it seems we hear the same, sad tale of woe every year, year after year (cue Sonny & Cher singing I Got You Babe in the background ...)

More important are the issues of whether we are getting the skilled workers we need from our education system; and whether we are funding our system efficiently to deliver the right skills. On the latter, the Geary Behaviour Centre have done a neat little calculation with regard to the third-level fees initiative. The upshot: the Government haven't done their math in relation to the net benefit of introducing means-testing at such a high income level (reportedly €100,000). The cost of running the scheme will probably outweigh the revenues, especially if fee payments are tax allowable (as they were before).

Then there's our education system's inability to produce the right number of graduates with the right skills. The bottom line: if students steer away from science and engineering because their parents reckon the real money is in law, finance and medicine (as it has been) then we get what we wish for. But there's more to it than just future earnings potential. Ireland is not alone in failing to produce enough scientists or engineers. The United States is grappling with the same problem. But as one observer has suggested: their problem (and by extension ours) is a function of the culture of self-esteem that has gripped our education systems over the past few decades. The result?

At least on the emotional level, contemporary American education sides with the obstacles. It begins by treating children as psychologically fragile beings who will fail to learn — and worse, fail to develop as "whole persons" — if not constantly praised. The self-esteem movement may have its merits, but preparing students for arduous intellectual ascents aren't among them. What the movement most commonly yields is a surfeit of college freshmen who "feel good" about themselves for no discernible reason and who grossly overrate their meager attainments.

It's an original (and pretty convincing) argument. And not the sort of thing any Education Minister (Irish or otherwise) is going to sign up to any time soon. So expect a few more Groundhog Days in the years ahead ...