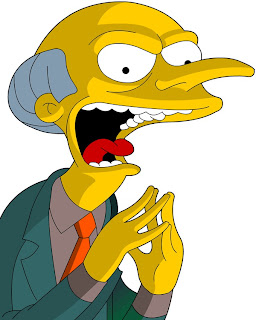 Every so often you read a headline in a newspaper and you think the editor is merely exaggerating to get you to read the full article. Such as the lead story in today's Independent quoting the Minister for Finance, Brian Lenihan, as saying businesses should make less profits. Only it wasn't an exaggeration ...

Here's what Minister Lenihan has to say:

"One of the points that has come across in my discussions with other European finance ministers is the widespread concern about the very high levels of profit-taking and self-reward that is taking place at the higher echelons of the private sector."

Coming from a junior Minister hungry for a few column inches of fame during the silly season you could just about ignore it. Coming from the man responsible for the financial administration of the country it is, frankly, disturbing. If the Minister turns to his own Exchequer Statement for July 2008 he will see that the taxes from profits (Corporation Tax) were down €23 million in the first seven months of 2008 compared with the same period in 2007.

Generally I admire politicians who are not afraid to take on vested interests, but this sad parody of businesses as greedy capitalists in the mold of Mr Burns is plain wrong. And even though the Minister has never worked in business I think he ought to know better: the purpose of business is to make profit, it is from this motivation that jobs and wealth are created. And also the money to pay the taxes (on businesses and workers) that Mr Lenihan is so in need of right now.
Posted by Gerard O'Neill at Tuesday, August 12, 2008