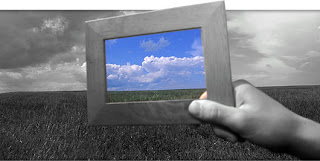 Where will growth come from to lift Ireland out of recession? It isn't obvious. Consumers are panicking, exporters are crippled by the euro, and the Government is looking for ways of cutting spending without upsetting anyone.

One source we may be overlooking is population growth. The CSO's Population and Migration Estimates April 2008 (pdf) make for fascinating reading. For example, natural population increases (births minus deaths) outstripped net migration for the first time since 2004. The excess of births in Ireland over deaths has increased nearly threefold since 1994. Ireland's total population has grown by 2% in the past year. This is hugely important because a) economic output is a function of the numbers working times their productivity and b) there is little prospect of population growth reversing any time soon due to the age profile of our population.

Of course productivity is not going to rise without an educated workforce. The ideas of endogenous growth theory tell us, among other things, that families investing in the education of their children will contribute to future economic growth in the long term. Robert Lucas has written much on this subject, and a paper of his recently makes the point that it is the global emergence of millions of educated people - scientists, engineers, other specialists - which is now creating its own endogenous momentum in terms of economic growth.

This is one reason why one billion people have been lifted out of poverty in the past 15 years. It will be the continuation of the work of the invisible hand in the 21st century - listen here to a fascinating talk by Deepak Lal on this subject - that will lift the next billion out of poverty. And in common with the BRIC economies (except maybe Russia) Ireland's population is growing and we have the wherewithal to produce educated and productive workers. So our future growth is in our hands and, eh, our maternity hospitals.
Posted by Gerard O'Neill at Thursday, August 21, 2008