One Village At A Time 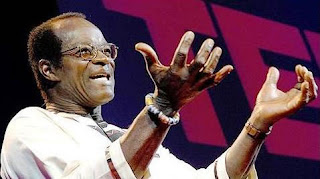 The Sunday Times published a short article by me today on Irish Aid. The more I think about the issues facing Africa the more it seems to me that local communities not national governments will deliver the necessary solutions. I recently watched an inspiring talk by George Ayittey, a Ghanaian economist. It is part of the excellent TED Talks series - YouTube for grown ups.

Ayittey distinguishes between 'Hippos' and 'Cheetahs'. The former, of course, are the ruling elites running their countries into the ground. His analogy is very apt, by the way, as I learned on holiday in South Africa last year: hippos kill more people than any other animal in Africa. The Cheetahs are the new generation of business leaders and social entrepreneurs using the tools of mobile and internet technology, among others, to re-energise traditional, de-centralised economic and market systems.

More and more it seems that Africa's problems are not ones of geography or even population. Rather it is the predations of what Ayittey calls the Vampire State that damages and delays the development of too many African nations. But Ayittey is an optimist and I agree with him. As the quiet revolution in African farming have shown, Africa can once again feed itself and feed the world, as it did right up to the 1960s.

Who knows, perhaps the emergence and convergence of new capabilities to 'organise without organisations' (Clay Shirkey's phrase in his superb book: Here Comes Everybody) may even enable Africa to leapfrog a stage or two on the way to a higher standard of living for all its people. Now there's something for Irish Aid to focus on.
Posted by Gerard O'Neill at Sunday, August 10, 2008