Tooling Up for the Future 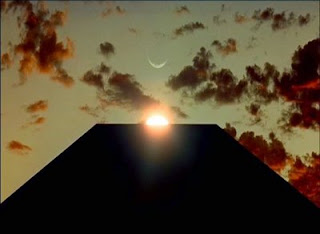 I was on the Marian Finucane Show yesterday, presented by Rachel English. I was a guest along with Stephen Kinsella from UL (do check out his blog), and futurologist Ray Hammond. Our brief was to discuss the Ireland our grandchildren will live in (inspired by Stephen's recent op ed piece in The Irish Times).

It was a very wide ranging discussion, and I had the opportunity to chat to Stephen afterwards. One thing we both agreed on: technology is going to be a hugely influential factor in our grandchildren's future, and we are only beginning to discern what some of those influences might actually be.

Though social change tends to follow technological change at a lag, sometimes it isn't always that way. Think of the speed with which text messaging was adopted, or social networking. Kevin Kelly (from the Long Now) has recently given an inspiring talk on the theme of The Next 5,000 Days (referring to the approximately age of the world wide web). He refers to things like the one trillion man- and women-hours of labour that have gone into creating the trillion page plus web we all use. And now that - what Clay Shirkey calls - the Cognitive Surplus has been unleashed then the next 5,000 days may bring even more extraordinary feats of creativity and innovation.

We are tooling up for a remarkable future: and our grandchildren (and their contemporaries all around the world) will inherit something extraordinary.
Posted by Gerard O'Neill at Sunday, August 17, 2008