Will Savings Save Us? 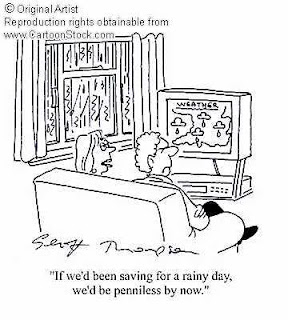 The Irish are a nation of savers. Even during the boom times of credit profligacy we managed to keep saving. We have one of the highest savings ratios in Europe, if not the world. According to recent OECD analyses and forecasts the savings ratio of Irish households (what we don't spend out of the money we take home) will average 11% of disposable income this year and next. That's more than four times the savings rate in the UK and nearly ten times that of the United States.

A recent study by my own company for Halifax in Ireland shows that 59% of Irish adults are saving on a regular basis: up from 54% last year. The ESRI's Medium Term Review likewise projects a strongly positive savings ratio right out to 2015 (using a different definition, however, to the OECD) - see table A3.4 in the appendix to the full text.

In classical economic thinking about savings, there is a virtuous circle between savings, investment and growth. Households save their money in banks who then lend it to businesses wanting to invest in expansion. The businesses repay the banks out of the revenues they enjoy from expansion, and the banks then pay interest to the savers - keeping a margin for themselves of course. Consumers win, banks win, businesses win. Or so the theory goes ...

Of course, the problem for Irish banks at present is not how little Irish people are saving but rather how much the banks resorted to 'off-balance sheet' financial instruments to resource unsustainable lending to the construction sector in recent years. So even as the savings ratio rises in Ireland (consumers worried about rainy days etc), much of the inflow will go to help banks restore their damaged balance sheets. Only a trickle will flow on to businesses seeking to expand (assuming there are any brave enough and/or optimistic enough to see revenue growth in the face of a recession).

But until the banks have recovered from their bout of financial self-harm, the virtuous circle will be slow to gather momentum. Still, the banks do have to lend to somebody if they are going to make a margin to cover the interest they pay savers and their own operating expenses. As the Irish continue to save I expect that economic order will be restored eventually and a healthier outlook will emerge.
Posted by Gerard O'Neill at Friday, August 08, 2008