The Future Will Be Evenly Distributed 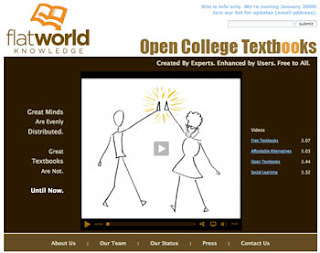 There was me thinking we should replace books with Kindles (or better still - Netbooks), when a piece in Wired pointed out the obvious: why do we need books in an age of Wikipedia?

I love the idea of open source textbooks - a forthcoming initiative from Flatworld Knowledge. Ironically, I've already come across such an initiative here in Ireland through the work of the third world charity Camara. They recycle and ship second hand computers from Ireland to various countries in Africa, loaded with Edubuntu software.

Africa will probably leapfrog the developed world (eventually) using mobile and open source technologies to equip their children with 21st century tools to acquire 21st century skills. And why not? A director of a major Far Eastern airline once put it to me that most of the 'third world' airports are now in the 'first world'. He'd just come through Dublin airport, but I didn't press him on it. So perhaps we'll see first world technologies helping third world children secure their place in our increasingly flat world.

Meanwhile our children will make do with the Shakespearean experience:

Then, the whining schoolboy with his satchel
And shining morning face, creeping like snail
Unwillingly to school.

With nothing more sophisticated than a calculator in the satchel.
Posted by Gerard O'Neill at Friday, September 05, 2008