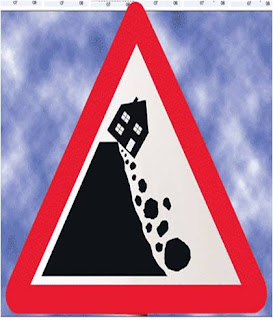 Not drowning but waving: that's the upbeat message from Finance Minister Lenihan announcing a change of schedule for the budget. I wish him well - his budget will have implications for me, my family and my business. Probably.

But the funny thing is - having bought into the pre-budget hype regarding budgets under various UK Chancellors and Irish Finance Ministers - I just don't buy it any more. I.e.: the idea that one Minister, tweaking various tax and spending 'controls', can really affect much significant change.

The curious task of economics is to demonstrate to men how little they really know about what they imagine they can design.
F.A. Hayek, The Fatal Conceit

I don't doubt there will be some unexpected initiatives by the Minister in his Budget. Stephen Kinsella has set out the broad options and I think he's right. But I think the Budget, like most Budgets, will be closer in nature to the Hawthorne Effect than to anything more real or impactful. The effect is named after the famous 1930s experiment in a factory in Hawthorne, Chicago. Researchers set out to test the impact on productivity of various initiatives and found, to their surprise, that any initiative had a positive effect. In the short term. But almost all initiatives lead to a rise in productivity and output followed by a reversion to the status quo ante.

It seemed the factory workers just liked the attention and wanted to please the experimenters. So I'm expecting lots of positive assessments when the budgetary details are announced ... and a reversion to our more gloomy state shortly afterwards. But I'll enjoy it while it lasts - so should Minister Lenihan.
Posted by Gerard O'Neill at Thursday, September 04, 2008