The Limits to Immigration 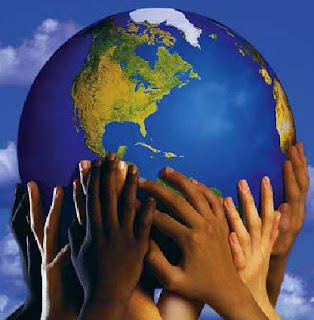 It is uncanny the parallels between political developments in the UK and in Ireland in recent months. Gordon Brown and Alistair Darling have a summer from hell, the 'Two Brians' have something similar. The other parallel that struck me this week is the emerging debate about immigration. Though as always the UK is a little ahead of us when it comes to the hard issues that actually need debating.

This week saw the release in the UK of a well-researched report called Balanced Migration. The initiative behind the report came from Frank Field MP, a man with impeccable Labour Party credentials in social policy innovation and implementation. His imprimatur on the report meant that it couldn't be dismissed as a 'right wing/neo-fascist' piece of populism by the opposition: as seems to be our own Government's default setting whenever any new idea on immigration is floated. The report also includes a fascinating history of immigration in the UK, in which the Irish feature prominently it should be added.

The authors are at pain to point out that they are not anti-immigration, as they observe:

... the benefits of migration are not in doubt. Our country – just like any other – would be much the poorer but for the contribution that immigrants have made here, and that Britons have made overseas. Our concern is not the principle of immigration, but its scale. In recent years we have seen an entirely new phenomenon: very large scale immigration, the impact of which has become a matter of increasing public concern.

The same applies to Ireland of course. To coincide with the launch of the UK report the publishers published survey findings (spreadsheet) which showed that 6 out of 10 British voters think the level of immigration to the UK is too high and that there should be less in the future. Another uncanny parallel: my own company published research this week showing that 66% of Irish citizens want immigration policy to be more restrictive in the future.

The UK is worried about its ability as a nation to cope with further immigration. As the Balanced Migration report notes, the current rate of immigration (one immigrant per minute) is 25 times higher proportionately than any previous experience of immigration since the Norman Conquests in 1066. Looking ahead, the report anticipates that 35% of immigrants from Eastern Europe to the UK will stay (see Appendix B). Recent population forecasts for Ireland show a similarly large contribution to future population levels from immigration (36% of the total increase to 2060: equal to another Dublin).

As acknowledged at the National Immigration Debate I participated in last week, when it comes to immigration to Ireland, nobody wants an open door policy any more than anybody wants a closed door policy. So where do you draw the line? The UK's socialists are losing their naive idealism and beginning to grasp - to quote David Goodhart - "that a belief in universal moral equality does not mean that we have the same obligations to all humans". As Goodhart further explains:

Until a few decades ago, the basis of national 'specialness' would have been ethnicity - shared ancestry, history, sacrifice. In multi-ethnic and multiracial societies, the basis of specialness is citizenship itself. The justification for giving priority to the interests of fellow citizens boils down to a pragmatic claim about the value of the nation-state. Without fellow-citizen favouritism, the nation-state ceases to have much meaning. And most of the things that liberals desire - democracy, redistribution, welfare states, human rights - only work when one can assume the shared norms and solidarities of national communities.

We have to negotiate difficult times ahead. Economic uncertainty is adding to the challenge. Writers like Robert Putnam are suggesting that countries like Ireland need to find their own version of E Pluribus Unum. In other words we need a definition of Irishness for the 21st century that goes beyond 'united colours of Benetton' platitudes and that makes the case for what makes us different, as well as what makes us the same. Same goes for Britishness I guess. So we'll be paying a lot more attention to developments on the 'other' mainland over the coming months.
Posted by Gerard O'Neill at Sunday, September 14, 2008