On the Internet Everybody Knows You're a Dog 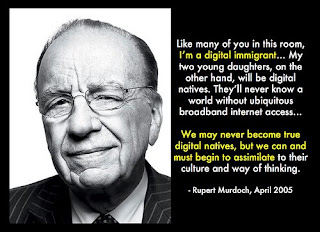 I've been playing with Twitter these past few weeks and experiencing (though I didn't know it at the time) 'ambient awareness'. That's how American social scientists describe the experience of using Facebook, Bebo, Twitter etc and the emergence of a sense of presence and 'intimacy' that previously only resided offline (aka 'the real world').

There is now a generation of Bebo users and of other social networks growing up with an entirely different grasp of what privacy means - let alone intimacy. A report by my company earlier this year showed that 87% of Irish 18-24 year olds use sites like Bebo on an almost daily basis. I remember the good old days when the joke went 'on the internet nobody knows you're a dog'. It's quite the reverse now - in an age of Google and 'bebo stalking' (as my daughter and her friends call it) everybody knows you're a 'dog' and there's no point in pretending otherwise. Or as I like to put it: on the internet everybody can hear you scream ...

Clearly there is a generation gap: I'm a digital immigrant, just like Rupert Murdoch. But as this fascinating article by Clive Thompson in the New York Times explains, the digital natives are on to something quite profound - a redefinition of our evolved, human sense of belonging:

You could also regard the growing popularity of online awareness as a reaction to social isolation, the modern American disconnectedness that Robert Putnam explored in his book “Bowling Alone.” The mobile workforce requires people to travel more frequently for work, leaving friends and family behind, and members of the growing army of the self-employed often spend their days in solitude. Ambient intimacy becomes a way to “feel less alone,” as more than one Facebook and Twitter user told me.

Thompson refers to the work of anthropologist Robin Dunbar who hypothesised back in the 1990s that humans had evolved to live in communities of about 150 people. He suggests that 'digital prosthetics', such as Twitter, may enable us to extend the Dunbar number to many hundreds more if not thousands (as in the case of some of the people he interviews for his article).

I do think something really profound is going on here in terms of our experience of being human. If class consciousness is going to be replaced by ambient awareness - and three degrees of separation from everybody else online - then what are the implications for politics, for nation states, and, indeed, for social class? I expect it will be a mix of good and bad consequences.

On the bad side, more and more studies in the United States of the first generation of digital natives points to some worrying conclusions - here's one college professor of English's description of his students:
I've no idea if this is the case in Ireland: but I have a strong suspicion it is happening here too. Still, it is too early to tell: Clay Shirky is right to suggest it will take 50 years or more for us to really understand the full impact of the changes now underway. I'm looking forward to being along for at least some of the journey.
Posted by Gerard O'Neill at Saturday, September 13, 2008