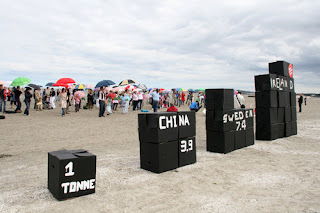 The most important decision about Ireland's energy future took place this week. And no, I don't mean the announcement that we might be getting a new grid for electric cars. I mean of course the decision by France's EdF to buy out the UK Government's remaining stake in British Energy.

This is important because it means that the skills, capital and ambition is now in place to build up to four new nuclear power stations in Britain by 2020. Why should that matter to us? Fundamentally because our future energy security will be contingent on our neighbour's energy security. The UK has left it perilously late to sort its energy investment plans, and there is still the chance that things could go horribly wrong. But if they go horribly wrong for Britain it will be catastrophic for Ireland.

Already we are falling behind with vital decisions in relation to new power generation capacity and integration into the European electricity grid. Instead of getting on with building a state-of-the-art coal powered electricity station - and planning for a nuclear power station - we are dancing on the heads of pins with discussions about carbon taxes and carbon footprints. Let's be clear about this: if we don't have sufficient electricity we won't have an economy to create the jobs and wealth to pay any taxes let alone carbon taxes. Though we will undoubtedly have a lower carbon footprint - Amish style in fact.

Yes let's plug in the renewables and the electric cars: but let's not delude ourselves that we can be wealthy and 'eco-pure' at the same time. Trade offs have to be made: as usual the UK will go ahead and make the tough decisions, and with luck we'll get to piggy back on the outcomes without having to compromise our precious principles. Make that a lot of luck.
Posted by Gerard O'Neill at Sunday, September 28, 2008