Buddy Can You Spare a Bank? 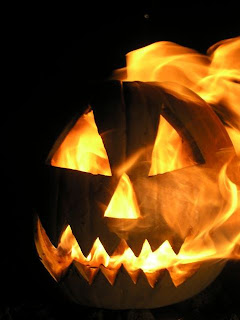 Brian Lenihan must be wondering if all his Halloweens have come at once. Another day another nightmare. Today's a bank holiday: but not for bank shares. The ISEQ index of financial stocks is dripping blood red as the collective value of the Irish-owned banking and financial institutions officially joins the "Ninety Percent Club" - that not-quite-illustrious group of institutions that have seen the value of their shares fall to 10% of their peak. You can buy the lot for less than €6 billion - even less, I suspect, if you're prepared to wait a while ...

As with so many features of the current crisis, Irish banks are affected by a vicious double-whammy of global and domestic developments. I've covered the global dimension in a previous post, and here I want to focus on domestic trends. The first and most obvious is the recently enacted Credit Institutions (Financial Support) Act 2008 which must surely rank as one of the most extraordinary acts of peacetime legislation ever introduced in this country. If you have any interest in understanding what is going on right now - and what the future holds - you should read the Act. It's only 10 pages long and written is very clear, very blunt language (drafters of the Lisbon Treaty please note).

Take section 7 of the Act:

7.—(1) This section applies to a merger or acquisition (within the meaning of section 16 of the Act of 2002) that involves a credit institution or subsidiary where the Minister—

(2) Notwithstanding anything in the Act of 2002, a notification of a merger or acquisition to which this section applies shall be given to the Minister and not to the Competition Authority.

In other words: the Minister for Finance has the final say on bank mergers and acquistions - competition law has been suspended when it comes to financial institutions covered by the Act. There's more further on in the same Section 7:

In other words: the consumer comes last (but gets to foot the bill as the taxpayer). This is wartime legislation for a peacetime crisis: like I said, quite extraordinary.

There's only one problem: IT ISN'T WORKING. The four financial institutions whose stocks trade on the ISEQ (AIB, Bank of Ireland, Anglo-Irish Bank, Irish Life & Permanent) have all suffered losses today - following on from those last week. So what next? Plainly the legislation is designed to enable the Minister to oversee a rapid, radical re-structuring of the Irish financial landscape. My guess is that we'll see mergers in the coming weeks (if not days) as further weakening in bank balance sheets forces them - and the Government - to move sooner rather than later or risk becoming insolvent.

It won't stop there of course. It can't. The newly merged banks/building societies will need to re-capitalise, and quickly. That is where you and me come in: we get to watch the Government use our taxes to 'invest' in the banks much as the UK Government has done. The state then becomes the largest shareholder (at the same time as existing shareholders are dumping the stock as fast as they can ...)

So then the nightmare will be over, right? Wrong: there's still the global dynamic that unfolding as I write. We will see trading suspended in stock markets around the world as the grip of the liquidity trap fails to loosen. Governments have dropped the atom bomb of rate cuts to no avail. Last stop is the hydrogen bomb: the direct purchase of stocks in the markets by Governments to put a 'floor' under prices.

If I was the Minister for Finance I'd try not to use up all the cheques in my chequebook just yet - you never know who might come knocking at the door next. Trick or Treat?
Posted by Gerard O'Neill at Monday, October 27, 2008